About a year ago I wrote a “somewhat sarcastic” and critical post about what I saw as a troubling trend towards craft brewer’s use of more and more outrageous ingredients.  Thankfully, “Howard Stern Meets Craft Brewing. Enter The Era of Shock Brews” appeared to have made a difference.  Apparently the seventeen or so people who read it were the exact seventeen or so that would otherwise have brewed something slightly despicable.  They reconsidered after bowing to the force of my reason and observations.  I saved craft brewing with a few pictures, a string of adjectives, and a wireless keyboard.

And then this happened…..

A new low in shock brewing?

Apparently that eighteenth reader was the one that got away.  When I first heard about a beer brewed with smoked goat brains I assumed it was a bit of interwebz malarky.  A premature April Fools joke on the craft beer community.  Not so lucky.  This beer actually exists and can seemingly be acquired without having to recite a secret phrase to the craft beer manager at the rear alley loading dock entrance of your favorite bottle shop.  Apparently bull testicles and beard yeast weren’t outlandish enough for Philadelphia’s Dock Street Brewery, and otherwise well-respected and established outfit that’s anything but extreme.  Odd.  Its not as though these City of Brotherly Love Brewers are the American equivalents of the Scottish loons at Brew Dogs, infamous brewers of Tactical Nuclear Penguin, the world’s strongest beer and only one “bottled” in a squirrel carcass (or something like that).

It seems the boys at Dock Street are devotes of AMC’s The Walking Dead and thought up this mind numbing recipe to coincide with the airing of the season finale.  It’s not as though craft beer and pop culture haven’t collaborated before.  Ommegang has already done two brews for HBO’s Game Of Thrones (the current Take The Black Stout is a well crafted, complex but accessible stout that would be worth a pour even if it was associated with H.R. Pufnstuf).  And then there was that Hanson Brothers MMMHop IPA.  Or was there? Did they ever get that off the ground or have they been too focused on training for an eventual invitation to appear on Dancing With The One Hit Wonders?

Maybe its just me but I think brewing with roasted goat brains makes about as much sense as Yul Brynner nailing a series of Taylor Swift hair flips.  And before you go there, I’d say the same thing if they were using candied goat brains. I tried to fight the windmill but, alas, the battle is lost.  Since it appears as though shock and grotesque gimmick brews are here to stay I figured I’d toss out a couple of ideas:

Staying with the anatomical theme, how about a Surgical Waste Saison fermented in used medical waste buckets?  No need to pitch any yeast.  Plenty of naturally occurring, wild yeast strains already partying in the goo.  Looking for something a little darker to pair with a hearty burger of slab of BBQ ribs?  Can’t beat this: 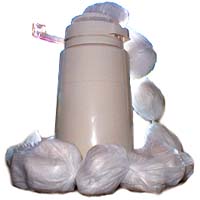 Unfortunately, there may be no end to this madness.  Fortunately; however, there’s always Bud Light.  I’d take one of those over brains (in my beer) any day.