I said it wasn’t Kosher for Passover, didn’t I?

Hello, my name is The Alemonger and I’m an irreverence addict.

Group response: “welcome, The Alemonger.  You have a great name.  Actually, it’s ridiculous but we’re supposed to make newcomers feel welcomed and comfortable so we say things we don’t really mean.  And we say them in unison.”

So what’s an irreverent Jew to do on Passover? Posting a picture of my Unholy Hand Grenades seemed a bit less problematic than actually making them for tonight’s Seder.  The heathens are coming over for the second Seder tomorrow night so I’ll wait 24 hours.  The extra day won’t kill me.  Better not, because if I go before I hit the reset button next Yom Kippur I’ve got less of chance of getting to Heaven than FGCU has of getting to the Final Four.  Hmm… Then again, maybe my chances are a bit better than I suspect.  For the record, an unnamed brother specifically asked me to make Unholy Hand Grenades (matzo balls cooked in Stone Smoked Porter and wrapped in bacon) for tonight’s Seder but I declined.

SHOW US YOUR FINS!!

I also declined – no, refused – to serve Gefilte Fish.  That oily conglomerate of congealed “fish” loaf is possessed of a highly toxic and fetid stench.  No wonder we aren’t making enough Jewish babies.  The contact odor alone is enough to defeat even the most amorous of intentions.  And another thing: where are its fins? Yeah, yeah, yeah (not The Beatles version), straight to Hell.  I know.

What’s a Passover Seder without a traditional brisket and recitation of the 10 Plagues? Over the past several years it occurred to me that both the brisket and the plagues needed a little spicing up – one literally.  As for the plagues, well, let’s face it, they need a serious overhaul.  It is 5773 after all and frogs just aren’t all that relevant a plague these days.  More on that later.  Back to the brisket…

I didn’t exactly grow up in a house of cooks and I’ve yet to watch a real live Bubbie prepare a traditional brisket so I walk into the valley of stainless steel Vikings already lead by temptations no self-respecting Jewish cook would entertain.  I’m not out to win this season’s Food Network Top Chef so I’ll spare you the full recipe.  Suffice it to say that it’ll get my Rabbi’s attention – and not in a good way.  Mind you, I did use a healthy amount of Israeli cumin in the dry rub but the fact alone that I used dry rub at all is strike one.  Strike two is the coffee.  Howard Schultz, Starbucks President himself, wouldn’t even carve a brisket rubbed with their own Ethiopian Sidamo (neither will I – I used Peet’s Major Dickason’s but that’s besides the point).

I go down swinging with strike three by using Brooklyn Black Chocolate Stout in my braising base.  You knew craft beer had to make an appearance somewhere.  Oddly (though not at all for anyone who knows me), I’ll use beer in the recipe but I won’t actually drink it at the Passover table.  Life is full of gerrymandered lines, rationalizations, and uncommon sense.  Remains to be seen if the line between beer and the Passover table will extend to the couch later in the evening.  In any event, I figure that actually cooking the brisket in beer – even a world class stout from America’s Torah Belt – is enough all by itself to assure me a long wait for that ferry across the Styx.  Maybe I can bribe Charon with a fresh Sculpin or two to show up a little early.

I get it.  Back in the days when Charlton Heston’s ancestor was President of the NSA and defying Pharoah to take his slingshot from his cold dead hand, boils and frogs were probably legitimate plague-worthy inflictions.  Not so much anymore.  Slaying of the first born would still qualify as a top ten plague today but seems to me a bit extreme these days so let’s bench that one for a while.  The time has come to refresh the plagues.  Make them relevant again. 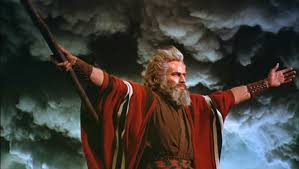 I propose we dip our pinky fingers into the Manischewitz for these Ten Plagues we can really get behind:

Not a perfect list of modern plagues, I know.  I expect I’ll be criticized for leaving standard definition TV off the list but that’s not as egregious as the NCAA Tourney Committee’s giving Oregon a 12 seed.

Here’s to a Happy (and possibly Hoppy) Passover! I’d love to hear your suggestions for irreverent celebrations.  Let me know what you’re doing to stir things up while hiding the Afikoman.

Ask me almost anything about beer and there’s a pretty good chance I’ll know the answer.  “What’s the difference between dry hopping and continuous hopping?”  I know that. “Does chocolate malt really contain chocolate?”  I know that too, and – no, it doesn’t.  “What’s Fritz Maytag’s claim to brewing fame?”  Yeah, I know that and it doesn’t have anything to do with inventing a combination Maytag dishwasher/brew kettle.   “Who brews Pliny the Elder Ale and what styles of beer pair well with Thai food or Texas BBQ?  Yes, I can tackle those as well.  The list goes on and has gone on at beer tastings and other events for a while now.  I’ve been a proud bearer of the beer geek tag for a good 8 years.  I’ve hosted countless beer tastings, reviewed hundreds of beers, sampled hundreds more, brewed my own beer, given purchasing advice to a handful of owners, buyers and beer managers at local liquor stores and designed flights for some local craft beer bars but one question has evaded even a poor answer despite many attempts:  “when did you become a beer geek (or beer nut as the question is usually posed)?”  For far too long, the best and most honest answer I could come up with has been, “I don’t really know.”  Absurd, how could I not even know enough to take a weak stab at such a basic and obvious question?  Well, never one to be comfortable with not knowing the answer (especially to something so seemingly simple), I sat down with a contemplative pint or two of Great Divide Yeti Oak Aged Imperial Stout and determined to come up with something better than “I don’t really know.”

When it came to beer in the first place I was late to the tap handle, not having my first one until midway through my second semester of sophomore year at Syracuse University.  A self-imposed goodie two shoes I can honestly say that I never had a drink at a high school party and I didn’t even thought about sneaking a little something from my parents bar.  Throughout Freshman Year I never uncapped one of the Haffenreffer’s my future roommate, John Chawner, and his future wife, Cathy, were so quizzically partial to.  When I did start to accompany my college buddies to the bars adjacent to campus I tended to stay away from beer completely – just hated the taste of it and couldn’t understand why anyone would drink it.  Embarrassingly, I would usually be caught with a vodka Collins in those days but that’s another story.

END_OF_DOCUMENT_TOKEN_TO_BE_REPLACED

Birthday celebrations are always something to look forward to – especially if the party’s host is pouring some great beer, but when the guest of honor brews the great beer we look forward to enjoying at everyone else’s parties the celebration taps up another level or two. Stone Brewing, famously of North County San Diego (Escondido), CA turned 12 a couple weeks ago and they’ve invited all of their most Arrogant Bastardly friends to join them.

This year the Stone gargoyle protects a Bitter Chocolate Oatmeal Stout which promises to pair well with cakes, candles and carousing. Their 11th Anniversary Black IPA didn’t last long on the shelves and I don’t expect this one to stick around for more than a handful of weeks so you should be reaching for the car keys right about now…..

Don’t fret; however, at the dwindling supplies of this limited brew because its shelf space will soon be replaced by Stone’s Vertical Epic 08.08.08. Timing is everything.